去年の3月11日なにしてた VICTIMS MAY BE LESS

Vladimir Keilis-Borok once had the scientific world in a tizzy when it seemed he could predict quakes. The rest hasn't exactly been history. Vladimir Keilis-Borok predicted the future in style — once. The encore hasn't been easy.
In 1985, the Soviet geophysicist forecast that a quake would strike in the near future along the San Andreas fault. The Soviets were so bullish on the information that during a summit in Geneva that year, General-Secretary Mikhail Gorbachev mentioned it to President Reagan. On Oct. 17, 1989, the earth moved, interrupting a World Series game at San Francisco's Candlestick Park, collapsing a freeway in Oakland and leaving 63 people dead. Had Keilis-Borok and his team achieved one of the great quests of science, truly predicting an earthquake? As it turned out, he has spent the ensuing 30 years — with Ahab-like determination, some say — trying to better what he considered a breakthrough. "This is his white whale," said Thomas Jordan, director of the Southern California Earthquake Center and a professor of geophysics at USC. "There's something epic about struggling with earthquakes." Now 90 and a UCLA professor emeritus of statistics, Keilis-Borok has never wavered in his belief that quakes can be predicted. He still feels, he said recently, an acute of sense of duty — that science should be able to warn people of looming disaster. "My main trouble," he said in his thick Russian accent, "is feeling of responsibility." Much, if not most, of the seismic community remains extremely skeptical that quakes can be forecast in any practical way. Critics argue that what some tout as accurate predictions are more like strokes of luck or educated guesses. 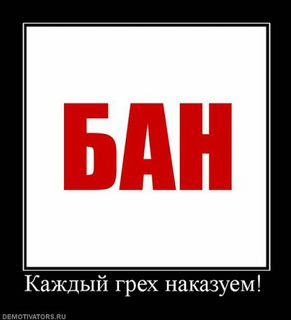 Susan Hough, a seismologist with the U.S. Geological Survey, said Keilis-Borok represents a certain breed of scientist: the unswerving true believer. "They're just so emotionally invested in the success of their method," Hough said. "They're dogs with bones." Keilis-Borok is far from alone in trying to predict quakes, but he's been at it longer than most. Born in Moscow, he grew up the only child of Russian Jews. His father was a merchant, his mother a secretary. During World War II, with the Germans invading Russia, Keilis-Borok and other electrical engineering students were sent to the front to install communication lines. "They were exposed like hell, running from one place to another, and the attrition rate was tremendous," said John Filson, a USGS seismologist who heard Keilis-Borok's war stories when the two spent time together after a devastating Armenian quake that killed more than 25,000 people in 1988. "After a while," Filson said, "they figured out his talents could be better used looking for oil, so they sent him to eastern Russia.... That's how he got interested in geophysics." (These days, Keilis-Borok doesn't see the point in discussing his family or how the war influenced his life and his science. Science was a tradition among many Russian Jews, he said with a wave of his hand.) In the 1960s, during the Cold War, Keilis-Borok studied seismic waves from underground nuclear explosions and compared them with those of earthquakes. Then, in the 1970s, interest in quake prediction took off. With the right amount of funding, some scientists said, a sure-fire method could be just around the corner. Keilis-Borok's work was statistical in nature, and the how-to of his predictions was difficult for even some scientists to comprehend. Essentially, his team of international scientists developed mathematical algorithms to try to discern patterns. Keilis-Borok believes there's a trail leading up to strong quakes, and that it's a question of identifying what those footsteps are and how they differ from normal seismic activity. The prediction of what came to be known as the 1989 Loma Prieta quake was the first that Keilis-Borok's team made for California. It was a "fantastic breakthrough," he said. "Eventually our group came to California and worked with Americans. We were sitting with American scientists, talking about the prediction with them night and day. It was a turning point in collaboration." Naturally, there were doubters. Some scientists noted the vast geography — most of California and a good chunk of Nevada — that Keilis-Borok's prediction had covered, as well as the fact that a big quake striking the Bay Area at some point was a pretty sure bet. More than a decade after the Loma Prieta quake, Keilis-Borok gained international attention. His group had appeared to score a hit when it predicted that a magnitude 6.4 or larger quake would strike between Fort Bragg and Cambria — a 310-mile stretch — by 2004. In December 2003, a magnitude 6.5 quake struck six miles northeast of San Simeon, on the southern edge of the prediction boundary, killing two people. Ordinarily, his forecasts were publicized only after a quake either happened or failed to materialize during the expected time frame. But after the San Simeon quake, Keilis-Borok, who came to UCLA in 1999, made what turned out to be a PR mistake: He gave permission for the university to release a prediction to the public beforehand. That forecast was for a 6.4-or-larger quake to strike before Sept. 5, 2004, in a 12,000-square-mile area of the Mojave Desert. The prediction provoked chatter among scientists. The Seismological Society of America conference was in Palm Springs that April, and Keilis-Borok was invited to speak. Standing in a hotel conference room, the scientist elicited a flood of questions. Even skeptics were impressed by his gumption. "He was willing to put his credibility on the line, which most seismologists don't do," UC Irvine scientist Lisa Grant Ludwig said. If the Mojave prediction came true, some scientists said at the time, they would have no choice but to take Keilis-Borok's methods seriously. In a corner bookshelf in his UCLA office, Keilis-Borok keeps volumes on chaos theory and earth science but also copies of "The Canterbury Tales" and "The Popes of the Modern Age." The twice-widowed father of one is a poetry devotee. Russian author Boris Pasternak is a particular favorite. Keilis-Borok is frail now. He can barely walk, and when he does, his feet scuff the linoleum like a locomotive trying to gain speed. He said his predictions always accounted for the possibility of a miss. But after his failed 2004 forecast, his work on earthquakes slowed. But he has not stopped predicting. His team increasingly has focused on trying to forecast other events, including economic recessions, surges in unemployment and homicides. Allan Lichtman, a history professor at American University, has credited Keilis-Borok's methods for helping him correctly predict every presidential election since 1984. This year's winner, Lichtman said confidently, will be Barack Obama. Some in the media have called Lichtman the "never-wrong pundit." But when it comes to quakes, there is no such thing. Still, "Keilis-Borok's efforts … have definitely forced earthquake prediction back into the mainstream," said Andrei Gabrielov, a Purdue University mathematician. "It's not a bad word now." Even some skeptics say that, whether Keilis-Borok's work had anything to do with it or not, there has been a renewed interest in recent years in the idea of trying to predict quakes. And although other scientists have come to different conclusions, the Earthquake Center's Jordan said he respects what Keilis-Borok has tried to do. "I call it a heroic quest," Jordan said. "And you know, science should always be heroic." 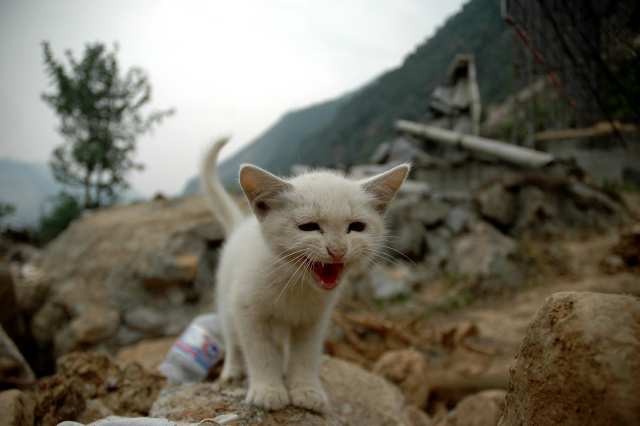 Beginning in 1995, humanity can accurately predict the location, time and strength of earthquakes. 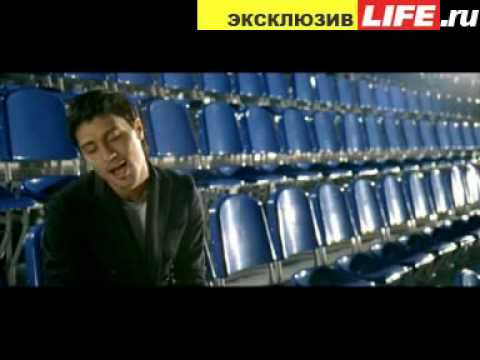 TRON technology designed to predict in real time date force and epicenter. For the mathematical and statistical analysis uses a single database (DB) on the behavior of domestic birds, fish and animals, fills Internet users.  Information for processing database is provided directly to the site TRON, and users of social networks and Internet services (Facebook, Twitter, Google+, Yahoo, Skype, etc.) from earthquake-prone areas. Using special API (application programming interface) applications, they can provide information on themselves as social services, and using plug-ins to other sites. Forbes    Unlike most natural disasters, earthquakes strike without warning. Between large quakes and resulting tsunamis, millions of lives have been lost because science has been unable to provide accurate, useful earthquake forecasts. The US Geological Survey (USGS) believes casualties from earthquakes will continue to increase over the coming decades because of population growth in seismica
Read more 夷 »

The Top 500 Japanese Words: Ranked by how often they appear on the Internet. 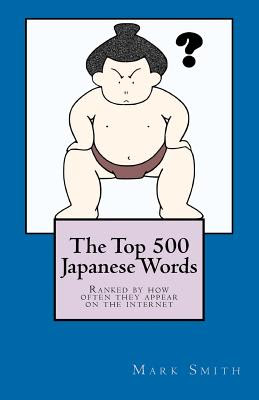 去年の3月11日なにしてた VICTIMS MAY BE LESS TOKYO — Have you ever wondered which words are the most common in Japanese? Mark Smith took all the words in a Japanese dictionary, put them through some Internet search engines, and then compared the number of search hits. The results are in his new book:  “The Top 500 Japanese Words: Ranked by how often they appear on the Internet.” Many of the resulting words are more common on websites than in conversational speech, and that’s ideal if you want to read Japanese websites. For instance, the first three words are  “kensaku 検索” (look up, search),  “joho 情報” (news, information, gossip),  “saito サイト” (website). The examples are written in Romaji and Japanese script. From the author of “Real Japanese: Learn to speak the same way Japanese kids do!”, who also developed the automated Japanese video-chat   website www.blackbeltjapanese.com. Over 100 illustrations by “myoume.” Available from Amazon.com and Amazon.co.jp ISBN-13: 978-14783242
Read more 夷 » 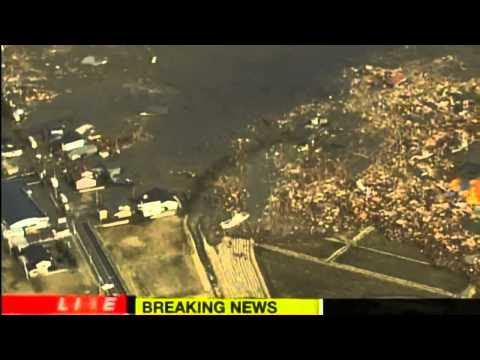 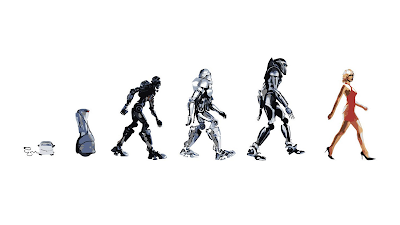 Beginning in 1995, humanity can accurately predict the location, time and strength of earthquakes. Rechkabo        Kakuhoningen TRON technology designed to predict in real time date force and epicenter. For the mathematical and statistical analysis uses a single database (DB) on the behavior of domestic birds, fish and animals, fills Internet users. Information for processing database is provided directly to the site TRON, and users of social networks and Internet services (Facebook, Twitter, Google+, Yahoo, Skype, etc.) from earthquake-prone areas. Using special API (application programming interface) applications, they can provide information on themselves as social services, and using plug-ins to other sites. Forbes    Unlike most natural disasters, earthquakes strike without warning. Between large quakes and resulting tsunamis, millions of lives have been lost because science has been unable to provide accurate, useful earthquake forecasts. The US Geological Survey
Read more 夷 »

11 MARCH 2011 JAPAN  earthquake, tsunami TOHOKU  - prediction CMP TRON February 4, 1975 in Liaoning Province, China was a strong earthquake. Until then, residents have noticed on the serpent, who woke up in the middle of winter and crawl out of their nests. To many it seemed strange that the snake fled their homes, and people began to leave, too. The earthquake destroyed 90% of homes, but people have died very little. In Chile, before the earthquake in 1835 in the city Talkuano, all the dogs left the city. With the explosion of the volcano of Mont Pelee on the island of Martinique in 1902 killed 30,000 people, residents of Saint-Pierre, and only a few dogs and cats that have been linked. Seismic feelings of animals are different. A small aquarium fish "Elephant of the Nile" for 4 days feels the date of the earthquake. Caretaker crocodile nursery in Japan knows that the radius of the sensitivity of the crocodiles - 150 km. Among dogs, the most sensitive species and miniature
Read more 夷 »

Japan earthquake: predicting the TRON - an old myth or a new reality? 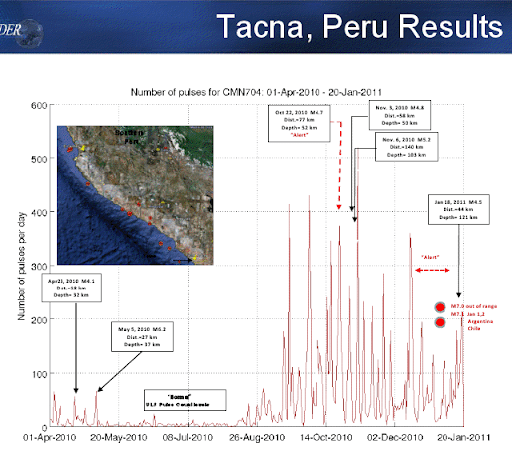 Unlike most natural disasters, earthquakes strike without warning. Between large quakes and resulting tsunamis, millions of lives have been lost because science has been unable to provide accurate, useful earthquake forecasts. The US Geological Survey (USGS) believes casualties from earthquakes will continue to increase over the coming decades because of population growth in seismically active regions.  There is a lot of science to be done before TRON can claim victory, and then a lot of additional work to make forecasts useful. In the meantime many scientists, including several at the USGS, dismiss the entire concept as being either implausible or impossible. Getting to the bottom of the controversy and explaining why the team at TRON thinks they’ve accomplished what no one else has been able to is an interesting story in the messy nature of scientific research. === The Parkfield disappointment ===   Fortunately for us, but unfortunately for quake hunters, even though earthqua
Read more 夷 »